Sex-selective abortions are being done in Queensland.

Yes, beautiful perfectly healthy babies are being aborted because they aren't the gender their parents wanted. It's repugnant, sickening and must stop.

The Sunday Mail yesterday (7 March) broke the news that "Queensland parents are aborting babies that are not their preferred gender and then turning to IVF clinics believing their perfect boy or girl can be custom made." 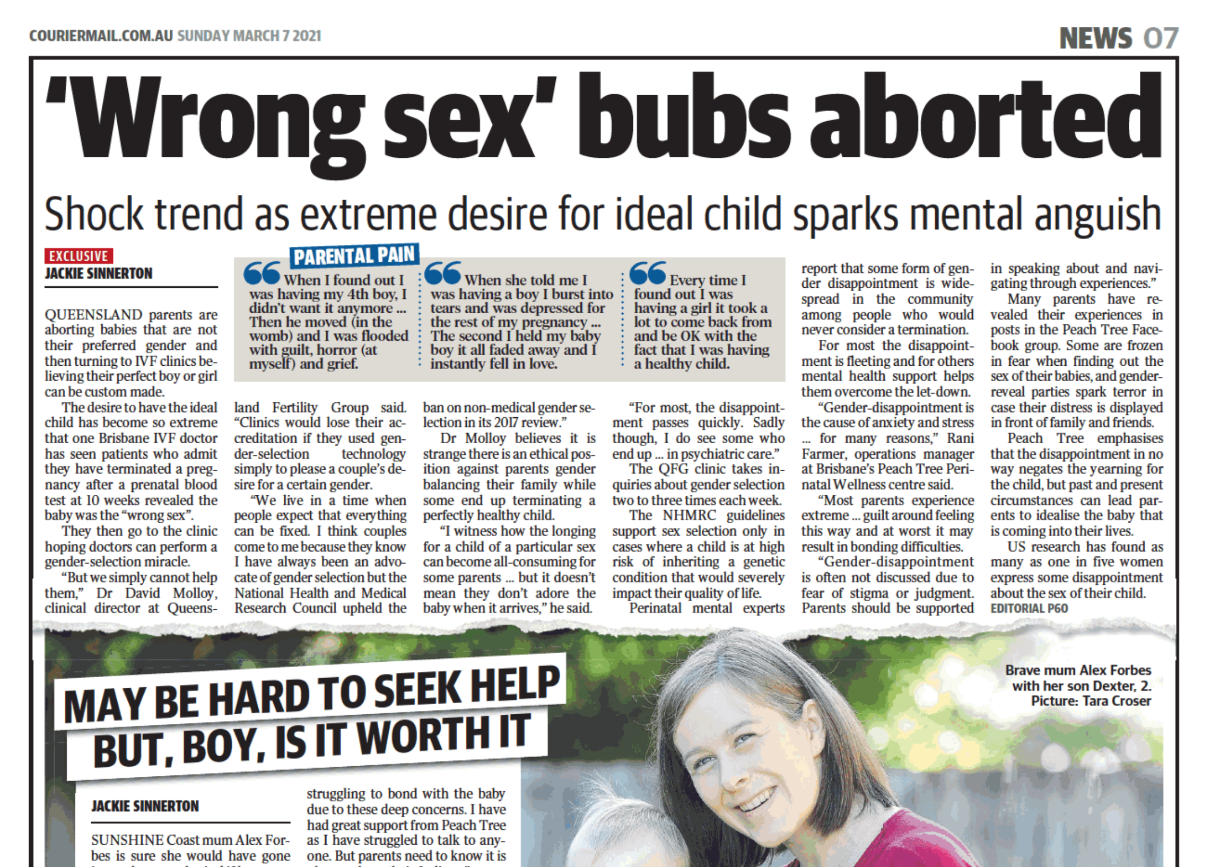 Prior to Queensland's abortion law change in 2018, sex-selective abortion was illegal. When the Queensland Labor Government's extreme abortion Bill, the Termination of Pregnancy Bill, was before the Parliamentary Health Committee inquiry, we warned them (and the media) in no uncertain terms that sex-selective abortions would be one of the terrible consequences of this cruel and unbridled legalisation, begging them to reject it. They effectively called us liars, chose to ignore proof and data we and others provided, pushing through their laws with no amendments on 17 October, 2018. It was a dark day for Queensland.

So what can be done now? We're calling on the Queensland Opposition Leader, Mr David Crisafulli to raise this issue in Parliament with a view to tabling legislation that would criminalise sex-selective abortion in Queensland.

It's encouraging that 83% of Queenslanders are opposed to sex-selective abortion (in our YouGov poll results, page 11, question 17) - it shows there are a lot of sane people left in Queensland!

To donate to the fight for life click here

Background We have been asked our position on the Covid-19 vaccines many times over the previous months. To date we have refrained from...

GREAT NEWS! National polling on whether babies born alive in abortion should be given medical care reveals the vast majority of...