Take action: Say NO to the assisted suicide Bill

SCROLL DOWN TO SEND AN EMAIL DIRECTLY TO YOUR MP!

The Queensland Labor Government has tabled a "voluntary assisted dying" Bill which is really an euthanasia and assisted suicide Bill which is due to be debated and voted in mid- September.

It is a very dangerous Bill which would lead to extra deaths in Queensland every year. Including people who would have wrongfully accessed assisted suicide because of wrong diagnosis, wrong prognosis, coercion, elder abuse, untreated mental anguish, or because they had little or no access to palliative care specialists and felt they had no other choice.

There's also grave concerns, that like Victoria, there would be an increase in non-assisted suicide rates because of a suicide cognation effect that often accompanies euthanasia or assisted suicide being legalised.

In order to save lives we must do everything we can to stop this Bill passing. Please email and/ or schedule a meeting with your MP today!

Scroll down to send an email a directly.

Aspects of the proposed law ("Voluntary Assisted Dying Bill") include:

If you want to meet with your state MP (which is a very effective thing to do) contact details can be found HERE, if you are not sure what state electorate you are in, click HERE

TO EMAIL DIRECTLY, SCROLL BELOW 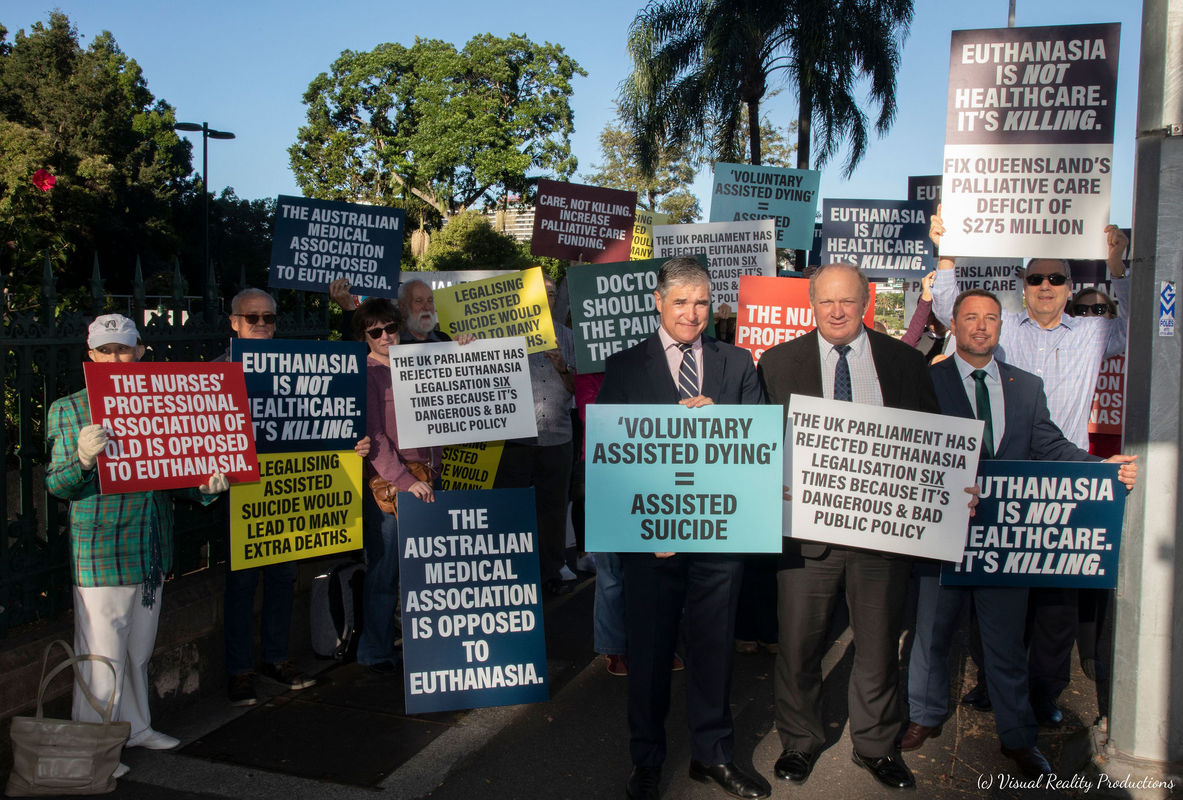