On 16 October 2020, The Guardian Australia ran an article stating:

Cherish Life’s election information erroneously claims the law allows pregnancies to be terminated “for any reason” until 37 weeks, and that the law legalises sex-selective abortions.

“It’s absolutely not correct that abortions are occurring during late term for no reason. Women don’t seek abortion for no reason,” Melville said.

“After 22 weeks you need approval and assessment by two doctors, but that is exceptionally, exceptionally rare.

“Sex selection abortions are not legal, nobody does that…”

Cherish Life response:
It is not surprising that an abortionist like Dr Catriona Melville is attacking and misrepresenting Cherish Life by using a straw man fallacy. Why would those who do not respect human life have respect for the truth?

Cherish Life has never said anywhere that “women seek abortion for no reason”. Obviously, in each case there is definitely a reason, be it physical, psychological or social – which three categories cover all reasons. Therefore, we have stated truly that under Queensland Labor’s extreme law, abortions can be performed up to birth (because there is no time limit in the Act) for any reason.

The fact is that Labor’s Termination of Pregnancy Act (2018) includes a provision – section 6(2)(b) – for legal abortions from 22 weeks gestation up to birth (there being no upper limit in the legislation) based on broad criteria including “social circumstances”.

Therefore, as we told The Guardian and they conveniently omitted from their article: “Labor has legalised abortion up to birth for any reason, because there are no reasons outside ‘current and future physical, psychological or social circumstances’, which is what Labor’s extreme law provides.”

Another comment to The Guardian, which they did not include, was that “examples of ‘social’ reasons include relationship breakdown and financial stress, according to the Queensland Law Reform Commission's briefing paper accompanying the Termination of Pregnancy Bill”.

Regarding Dr Melville’s claim that late-term abortions are “exceptionally, exceptionally rare”, the truth is that while late-term abortions after 20 weeks comprise less than 2% of all terminations, they most certainly do occur. The official Victorian Government figures cited below show that hundreds of late-term abortions occur in that state each year, and given Queensland now has effectively an identical abortion law, the same can be expected to occur here, but out of sight because of government secrecy.

What was reported in The Guardian was this comment: “If a woman wanted a sex-selective abortion past 22 weeks gestation, it could be easily obtained under the very loose parameters for abortion from 22 weeks up to birth.”

But we said in our statement to The Guardian, which they conveniently omitted from their article:

Globally, sex-selective abortion and infanticide of female babies are at catastrophic levels, with United Nations estimates of more than 100 million girls missing around the world.

Evidence that sex-selective abortions do occur in Australia was provided by a demographic study using ABS data from 2003 to 2013 showing “1,395 missing girls”, which was reported by SBS and Daily Mail Australia in 2015. Also, on 12 August 2018 The Sydney Morning Herald and The Age carried a story titled “The ‘missing girls’ never born in Australia”.

Furthermore, in 2013, Dr Mark Hobart, a Melbourne GP, faced disciplinary action for refusing to refer a couple with a 19-week unborn baby girl for a sex-selective abortion in Victoria.

“The right wing lobby group’s claim that Labor had legalised abortion to birth for any reason was based on their interpretation of the criteria for obtaining a termination after 22 weeks, which they considered ‘loose’ because it included ‘social reasons’.”

What The Guardian did not include in its article was our statement further explaining the Labor law’s loose criteria: “The façade in the law requiring the approval of two doctors for abortions after 22 weeks of pregnancy. There is no requirement for the second doctor to see the patient or even look at her file. There is no requirement for independence of the second approving doctor - both doctors could be abortionists or partners in the same medical practice. And if no second opinion is sought, there is no legal penalty. A law without a penalty is no law at all.”

The Guardian also stated: “Brisbane obstetrician Carol Portmann… told Buzzfeed that the idea a doctor would support a termination for psychosocial reasons or sex selection in the latter stages of pregnancy was a “ludicrous fallacy”.’

Cherish Life response: Then why does Labor’s extreme abortion law specifically allow abortion from 22 weeks to birth for “social” reasons?

And why did in the 2018 debate in Parliament on their extreme abortion Bill did Labor MPs defeat an amendment seeking to remove “social circumstances” from the allowable reasons for late-term abortions?

The Queensland Termination of Pregnancy Act (2018) is modelled on the Victorian Abortion Law Reform Act 2008 which resulted in a 53% average annual increase in late-term abortions in Victoria over 10 years since the law was changed in 2008, compared with the 9 years beforehand.

In 2015, Real Choices Australia reported: “Most of the general public continue to believe that late-term abortions are only undertaken when women are seriously ill and their lives are threatened, or when their babies have no hope of survival and will die a more horrific death if allowed to come to term. Neither of these is true.

“Most remain ignorant of the reality that women continue to be offered surgical solutions to their economic, social, relational, and mental health problems rather than positive solutions to address their circumstances, even when they are at a stage of pregnancy when their babies could be safely delivered alive.”

These crimes against humanity occurred under exactly the same law as now applies in Queensland, albeit the “time limit” is 22 weeks in Queensland compared to 24 weeks in Victoria, which does not matter at all because as we can see from the above figures many doctors have no qualms whatsoever about performing late-term abortions on viable babies for social reasons.

The Guardian needs to engage seriously with the true nature of Labor’s extreme abortion law, not hide it by publishing propaganda from abortionists who have a vested interest in protecting their income. It almost seems like The Guardian is protecting both Labor and the abortion industry.

We look forward to The Guardian correcting the public record by giving Cherish Life “a fair opportunity to reply”.

See https://www.realchoices.org.au/research/abortion/late-term-abortion-statistics/vic/ for table from 2000 to 2017 and links to Victorian Government reports up to 2015.

Also the recently released 2018 figures are in Table 5.19 in Supplementary table – perinatal at https://www.bettersafercare.vic.gov.au/reports-and-publications/victorias-mothers-babies-and-children-2018-report

Source: Victorian Perinatal and Morbidity Statistics (as summarised by www.realchoices.org.au) 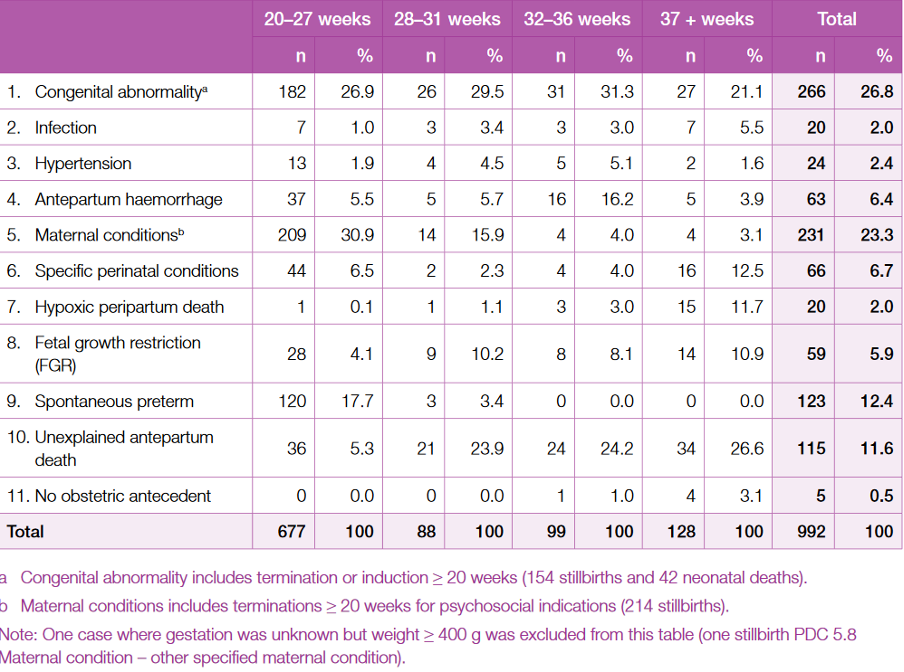 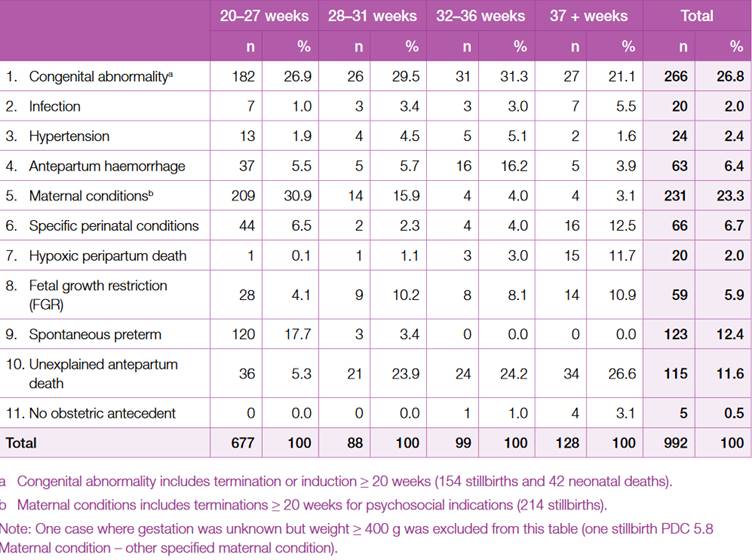