GREAT NEWS! National polling on whether babies born alive in abortion should be given medical care reveals the vast majority of Australians want these babies cared for! 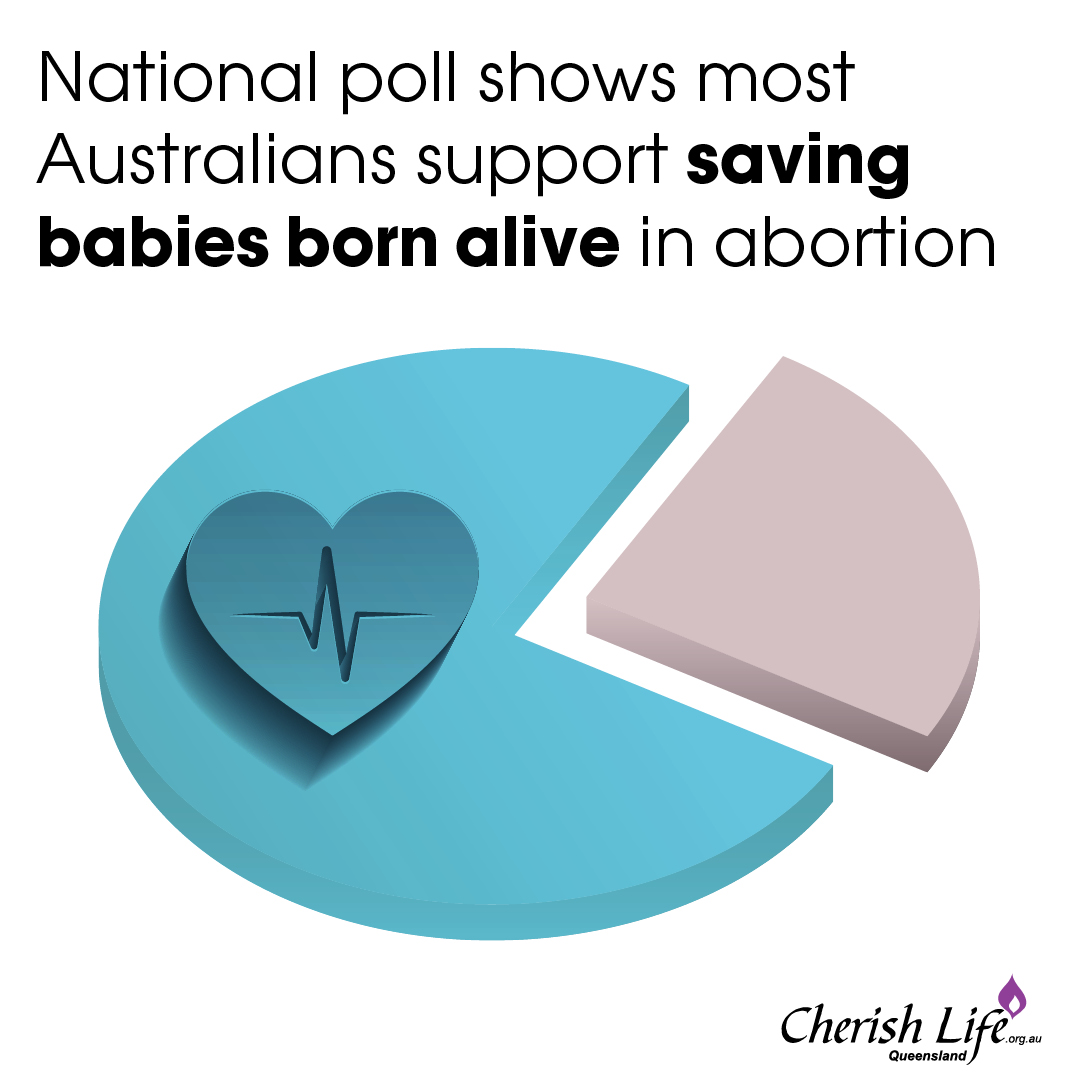 Among those who express a view on this issue, three times as many say they support care for babies born alive in these circumstances as oppose such care.

The full poll results can be accessed HERE

The national survey commissioned by Cherish Life Queensland was conducted on 14 -17 July 2021 by YouGov online with 1506 Australian voters, with a margin of error of plus or minus 2.9%. A full methodology statement is available at https://au.yougov.com/results/apc

The respondents were asked the following question:

Termination of pregnancy is permitted in all Australian states and territories under various circumstances after 20 weeks of pregnancy. This is referred to as a ‘late-term abortion.’

The full poll results can be accessed HERE

It's encouraging that the vast majority of Australians understand these poor little babies are worthy of care and medical intervention the same as a 'wanted' newborn baby. It's our hope that this poll will provide the Morrison Coalition Government with the courage to allow George Christensen's Human Rights (Children Born Alive Protection) Bill 2021, to go to a vote this term, either by adopting the legislation as a government Bill or allowing a Mr Christensen to table the Bill as a Private Member's Bill with a conscience vote. Without the Prime Minister's permission, the Bill will not go to a vote this term of government.

We've been honoured to support Mr Christensen's Human Rights (Children Born Alive Protection) Bill 2021 since its inception last year. Most recently Mr Christensen spoke about his Bill at the Brisbane March for Life held in May 2021, where around 4,000 Queenslanders marched. Mr Christensen's speech can be viewed here.

Mr Christensen is scheduled to introduce the Human Rights (Children Born Alive Protection) Bill 2021 to the Australian House of Representatives on Tuesday 10 August, just weeks away. If passed it will be a national first, where there is a win for the rights of babies, instead of tragic loss after loss as has been the heartbreaking case in Australia over the past few decades.

It's time to fight to take back ground and save lives.

To donate towards the fight for life.