How did your Queensland State MP vote on abortion? 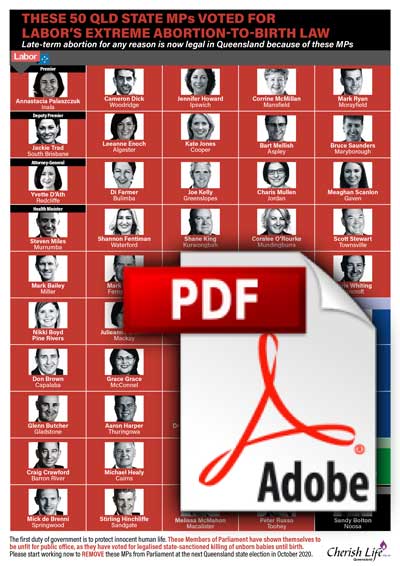 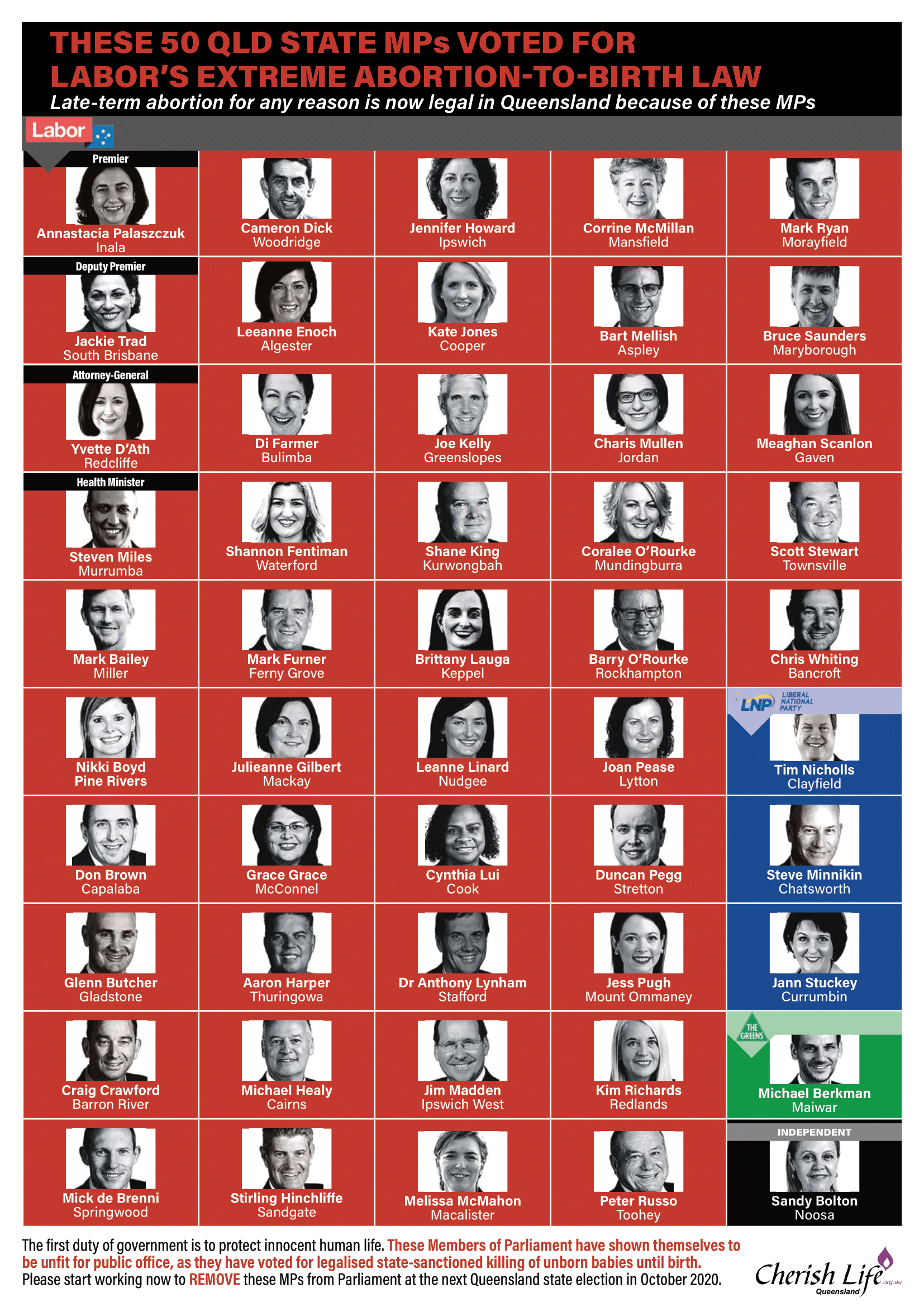 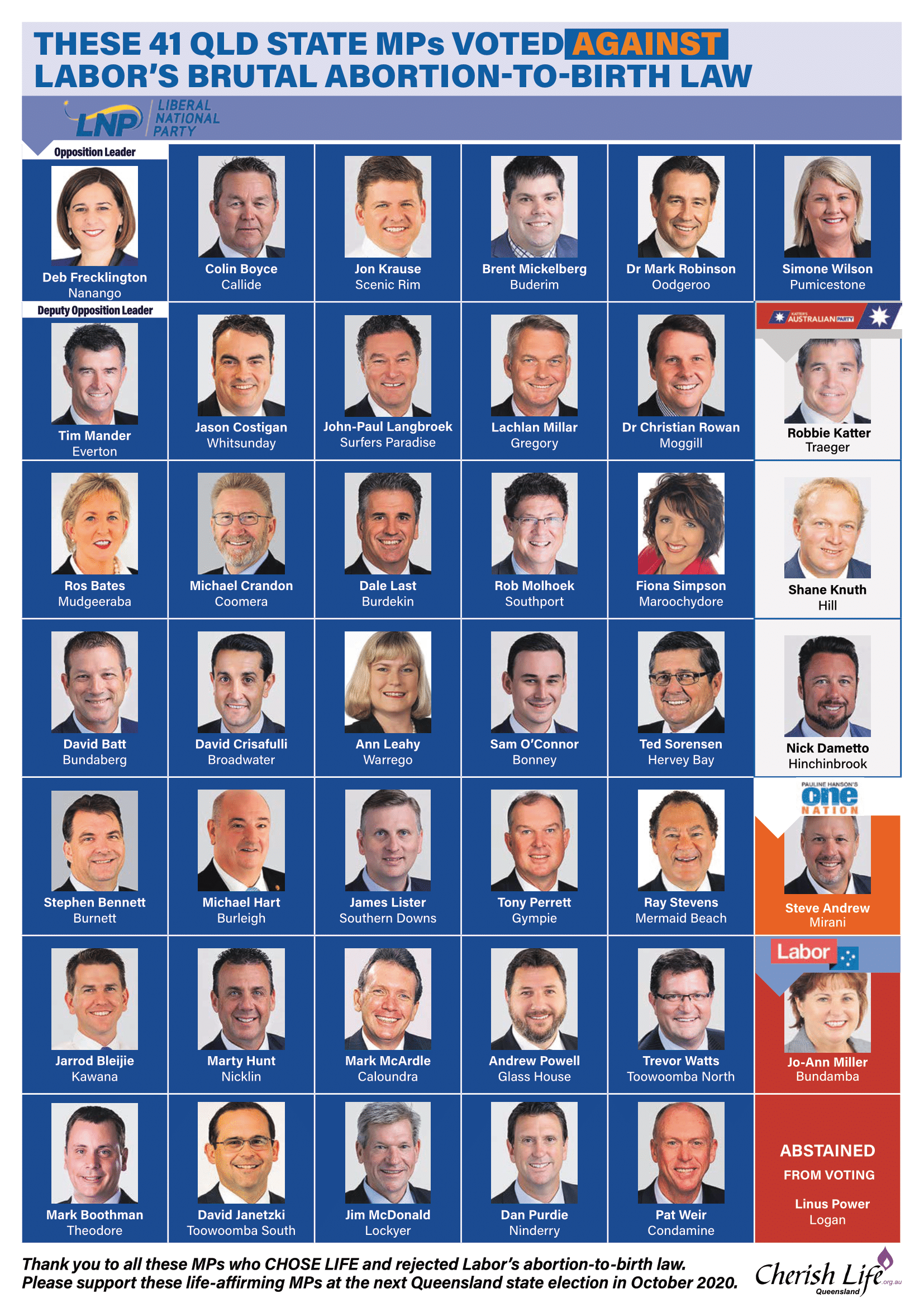 Queensland’s Termination of Pregnancy Act passed in October, 2018, under a Labor State Government.

It one of the most brutal and extreme abortion laws in the world. It's to our state’s great shame that a full-term healthy baby of a healthy mother can be legally aborted for any reason - such is the sick extremity of our laws.

We are determined that these laws will not stand. Join the fight today.

Find out how your Queensland MP voted on the abortion laws here.

Despite the Queensland Labor Government having passed some of the most extreme abortion laws in the country, Queenslanders are far more pro-life than you think!

According to YouGov/Galaxy polling conducted in August 2018 - 60% of Queenslanders oppose abortions past 13 weeks and 75% agree that abortion harms women's health.

Cherish Life proudly opposes these radical abortion laws which are out of step with the people of Queensland and we look forward to helping elect solidly pro-life candidates in the 2020 state election.

View the rest of Queenslanders attitudes towards abortion here